Moscow could cause huge cyber disruption

How Vladimir Putin will unleash his cyber thugs against Britain if we stand up for Ukraine:

Former GCHQ boss Professor CIARAN MARTIN says that with relations on the brink of collapse, Moscow could cause huge disruption in the months ahead

Just before Christmas, a manager for a small charity in Orkney was puzzled to discover she could not access some of her computer files. Parts of the database were locked, she saw — encrypted by a virus. Then came the real shock. In order to unlock the files belonging to the Dial-a-Bus charity, hackers were demanding £1,000 in an untraceable bitcoin payment.

This is piracy in the digital age. And today, with relations between Russia and the West on the brink of disintegration, cyber crime — already a serious problem — could cause far more widespread disruption across the UK in the weeks and months ahead. And if relations between Britain and Russia deteriorate further, experts warn further attacks could be unleashed against us.

Most ransomware attacks don’t make the headlines, because company bosses quietly pay up. They purchase a digital ‘key’, perhaps costing millions in a cryptocurrency such as Bitcoin, to de-encrypt their data. 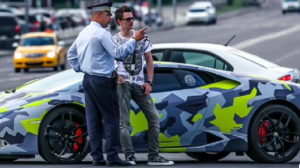 A BBC journalist tried to track Yakubets down in November, visiting his father for an interview. If a British reporter can do that, the Russian security police certainly could — should they choose to. Last July, Evil Corp demanded $10 million from satnav manufacturer Garmin after unleashing a virus so effective that even the firm’s webpage was disabled.

At least nine Croydon schools, including four large secondaries, have been affected by a malicious ransomware cyberattack this week, forcing them to shut down IT systems, email servers and even switch off their landline phone networks.

The Harris Federation, which has its head office on Wellesley Road in Croydon, operates one of the country’s biggest academy chains, with 37,000 pupils in 50 schools around London. They have confirmed that their IT systems were subject to “a particularly vicious ransomware attack” on Saturday.

Ransomware is a type of malware, carrying a digital virus with threats to publish the victim organisation’s data or perpetually block access to its IT system unless a ransom is paid.

These latest attacks have been linked to the REvil ransomware operation, which is accused of a similar attack against computer giant Acer this month when a $50million ransom was demanded, the largest known ransom to date.

Harris has not divulged what amount of money may have been demanded in their attack, in which sensitive personal data of thousands of staff and pupils may have been at risk. After detecting the attack, the Federation disabled both its email and landline phone systems, with all phone calls being redirected to mobile phones. Pupils’ devices provided by the Harris Federation have also been disabled, in efforts to prevent the ransomware from spreading.

“This is a highly sophisticated attack that will have a significant impact on our academies but it will take time to uncover the exact details of what has or has not happened, and to resolve,” the Federation says on its website. “We are at least the fourth multi-academy trust to have been targeted in March.”

The NCSC is investigating an increase in ransomware attacks against schools, colleges and universities in the UK. Cyber-criminals view this sector as an easy target following digital transformation efforts during the pandemic, including the shift to remote learning.

For more info on IP and data protection contact Clive@consult-smp.com