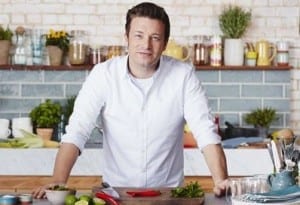 University of Brighton is the First University in the Country to Launch a Campaign to Cut Sugar Consumption – and it is Being Backed by Jamie Oliver. The renowned chef, who launched the Sugar Smart drive, has sent staff and students a message of support as the university joins with Brighton & Hove City Council in its Sugar Smart City campaign.

The university intends introducing initiatives over the next academic year to raise awareness of sugar consumption and hidden sugar, including the introduction of a 10p levy on the price of sugary drinks. The money raised will be used to fund food education schemes for the university’s students.

The university is also planning to raise awareness of sugar consumption through cooking lessons, education and nutrition information.

Jamie Oliver sent the university’s 23,000 students and staff the following message: “I’m hugely excited that the University of Brighton is joining the Sugar Smart campaign. It’s brilliant to hear that you are introducing a levy on sugary drinks to help raise awareness about the long-term damage too much sugar can have on our health, and empowering us all to reduce it in our diets. We’re facing a growing obesity crisis; with more than four million people in the UK diagnosed with type-2 diabetes, the need for action is more urgent than ever. Students of all ages need to be more aware of the dangers sugar consumption can have on our long-term health. 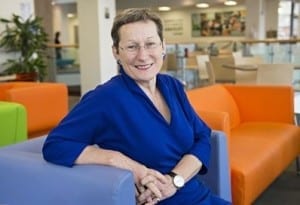 “I really believe that we need a comprehensive strategy to turn the tide of diet-related disease and get back on track. It’s not about banning sugar altogether – a piece of cake for a special treat is totally fine, but we need to understand that by reducing the way we eat and drink sugar, we can have a huge impact on improving our health. Paired with regular exercise and a healthy, balanced diet, we can all lead a healthier, happier life.”

The Jamie Oliver Team led a campaign for a sugary drinks tax and in March the Chancellor George Osborne announced a tax to be introduced in 2018.

Professor Debra Humphris, the university’s Vice-Chancellor, said: “We are delighted to be working with Jamie on this very important and worthwhile campaign. Obesity, diabetes and dental problems are causing untold misery and are costing the NHS enormous amounts of money.”

The university’s 10p sugary drinks levy will be introduced on all of its campuses in Brighton, Hastings and Eastbourne, from 1 August, 2016. Posters will be seen on university buildings from the beginning of next month and there will be announcements throughout the year about campaigns.

The university’s Students’ Union is backing the campaign. Hayley Wood, president, said: “We are pleased to support the university’s participation in the Sugar Smart initiative.  As a union we are committed to promoting behaviours that support good mental and physical health in students and wider society. The fact that this initiative goes beyond awareness raising to include meaningful activities and skill development opportunities that support a healthy lifestyle is great news for our membership.”

Julie Barker, the university’s Director of Accommodation and Hospitality and Chair of TUCO, The University Caterers Organisation, said: “The university has a strong reputation for sustainable ethical catering, and we’re delighted now to be leading the UK’s higher education sector with the Sugar Smart campaign.

“Obesity is a massive problem in the UK and evidence suggests that the time students spend at university, often away from home for the first time, is when life habits form and students are the parental and business force of the future.  This puts us in a great place to help drive the message and evidence just how we can make a real difference in influencing societal change in the future to reduce obesity and other sugar related conditions which, will have a positive impact on the future generation.

“Health and wellbeing are areas we are very passionate about and we are working with Jamie’s team and academic colleagues on the development of a number of initiatives around sugar and food education which will be launched throughout the year. Initiatives will include fact sheets and the development of budget nutritionally-balanced meal deals. Training initiatives for students are also being planned.

“I am very excited about working with Jamie’s team to drive awareness of sugar consumption and its potential impact on health. TUCO members represent best catering practice in over 500 of the UK’s universities and colleges and we hope that fellow TUCO members will follow Brighton’s lead in adopting early action on this key initiative.”

Dr Claire Marriott, Senior Lecturer in the university’s College of Life, Health and Physical Sciences, is leading new research with Professor Adrian Bone, Professor of Cell and Molecular Biology, and Dr Wendy Macfarlane to find new ways to help people understand the need to cut back on sugar in order to avoid obesity and related conditions.

She said the problem was urgent: “Obesity and Type 2 diabetes are inherently linked and the complications associated with both can be very serious. For example, Type 2 diabetes is the leading cause of amputations, with over 135 related operations a week. In addition to the personal cost, which should not be underestimated, tens of millions of pounds are spent in Brighton and Hove alone to treat people with Type 2 diabetes. Nationally, 10 per cent of the entire NHS budget is spent treating this disease and associated complications.”

Dr Marriott and her colleagues said they were excited about the potential for this new initiative to get people talking and to raise awareness of sugar consumption: “The sugar drink levy is a useful way to get people thinking but we really need to help people understand why they shouldn’t be eating too much sugar and to identify food and drinks high in ‘hidden sugar’. 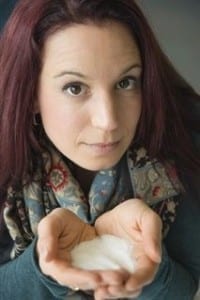 “The Government will introduce a sugary drinks tax in 2018 but we want to get people talking now. This is just one of a number of positive actions by the university, including looking at making healthy options more accessible on a budget. We know this isn’t going to solve the obesity crisis alone but it gives us a great platform to get started.”

In October last year Brighton and Hove became the first UK city to tackle sugar consumption and the city council unveiled its SugarSmartCity campaign. Sussex County Cricket Club recently joined in and other educational initiatives have been introduced since January.

Jo Ralling, Campaign Director for the Jamie Oliver Food Foundation, said: “Brighton and Hove are leading the way with the Sugar Smart campaign. We are the first city in the UK to be putting strategy into action and rolling out a multi sectorial approach. There is no silver bullet but we believe that by working in many different areas across the city we can raise awareness and reduce sugar consumption in all age groups. Small changes everywhere will add up to a huge change in the overall health and wellbeing of the people living here.

“It has never been more urgent that we take action. One in four of our children arrive at primary school obese or overweight and by the time they leave this number has risen to one in three. Globally, we are seeing the first generation of children who are likely to live shorter lives than their parents due to diet related disease.

“We are delighted and look forward to working with the University of Brighton on this trailblazing campaign and hope it will inspire other colleges and universities to follow suit.”

Posted in Health and Wellbeing, News